From Walks in the Woods to Public Speaking 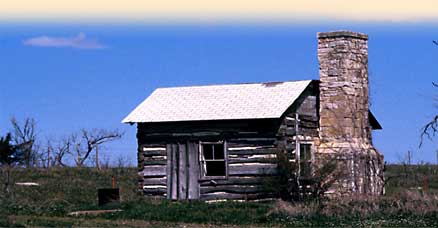 Gary Crocker heard his first stories from his Grandfather Russell. The two of them walked the Maine woods together while Grandfather Russell told Maine tales. But the man who had the most impact on Crocker's decision to be a Maine humorist was the legendary Marshall Dodge.

"He was probably one of the finest storytellers I ever heard," says Gary, who has collected all of Dodge's tapes. He first heard the master storyteller in the mid '70s at the Ladd Recreation Center in Wayne. Crocker, who arrived early to get a front-row seat, was mesmerized by his storytelling. "I remember him sitting there with a stool and microphone for over an hour, telling us classic Maine stories in a S-L-O-W Maine dialect." After seeing that performance Crocker knew he wanted to become a Maine storyteller.

Gary's first official booking as a paid humorist was around 1980, at a Rotary club in Augusta. "That's where most public speakers start up and get their practice." Since then he has performed in Maine and throughout the United States. His audiences have ranged from a captivated four people to 30,000 Boy Scouts attending a jamboree at the Brunswick Naval Air Station. This performance, during which Gary was projected onto three gigantic screens, "was biggah than life!"

Today, Gary speaks several times a month and is a regular in front of the Maine State Legislature. While not speaking or cleaning out the trailor, Gary has managed to produce two CD's with a third on the way. "It's best to make money doing what you love- especially if you like to talk as much as Gary." Eventually Gary plans to retire from his current position as a lobbyist for the Maine Community College System and become a full-time humorist.

"How does one become a Maine humorist? The truth is all you have to do is watch your neighbors for 20 minutes and go tell someone about it. We all do odd and foolish things--let's say you slip on the ice in the winter. The first thing you do is look around and see if anyone is watching. The first thing I do is watch people do stuff like that and write down on paper."

Crocker, who has taught both English and speech, collects tapes and books for his humor library. Many tales, like "Gagon the Moose Caller," are old Maine stories that people have been telling for years. They're what storytelling insiders call "old chestnuts."

"Maine humor is normally understated. I'm the opposite. I'm overstated in my approach and presentation. My real strength is I am high energy- that works best in conference settings." The spirited Crocker says he can do three gigs a day and "feel just as excited on the last as on the first."

Draw on Gary's diverse experiences, rich history and uninhibited enthusiasm. Contact Gary's wife and Manager, Ellen, by email: humor@garycrocker.com or by phone: (207) 462-3774, to book an event.